Thank you to Candlewick Press for the review copy of Mary Seacole: Bound for the Battlefield by Susan Goldman Rubin and illustrated by Richie Pope. I was provided a copy for Multicultural Children’s Book Day 2021, in exchange for an honest review.

Even with Kamala Harris, finding books about famous Jamaicans/Afro-Caribbeans who weren’t musicians is HARD. As a close outsider (my husband immigrated from Jamaica in his late teens) it seems that Jamaican history and culture are both the most misunderstood and most fetishized in human history. 1

And raising two Afro-Carribean/white biracial kids in the US, we’ve had to make extra effort to find books about Black people whose lives were impacted by, but not defined by, racism.

Mary Seacole (1085 – 1881) was born in British-occupied Jamaica to a white Scottish father and Creole (European/African) mother.  Despite the blatant racism against her, not to mention the undiscussed misogyny endemic to her time, she went to Europe during the Crimean war to be a nurse.

Mary became known for setting up care pavilions that were much cleaner and efficient than most; she was renowned for her herbal treatments2 and empathy for her patients.

My (skews more sensitive) eight-year-old daughter enjoyed the book but was upset by some of the images. To illustrator Richie Pope’s credit… it’s the Crimean War, not a day at Disneyworld.

I suspect the scene (backed up with extensive historical and first-person research) showing the legendary Florence Nightingale being a rude racist toward Mary will anger some.

However, those people are probably not the target market for Multi-Cultural Children’s Book Day (or any book not sold in a grocery store checkout) so it’s all good.

In my house, this scene launched a discussion about how you can be very good to other people while being very cruel to others; and about how being prejudiced can harm you and hold you back.

Sorry, Flo, but you still suck for being racist.

Mary Seacole: Bound for the Battlefield presents a little-discussed figure/time in history and presents important character education and diversity topics in a compassionate and age-appropriate manner.

You need this book for your upper elementary school classroom library3; as the Afro-Carribbean kiddos are still overdue for a mirror/window.

Confidential to Educators and Librarians: FREE Diverse Books for Classrooms Program – Multicultural Children’s Book Day is a list of the coolest books you need in your life.

1Translation: Can people stop expressing surprise that my husband is a dreadlock-less, intellectually snobby, Type A clean freak?

2 What exactly these herbal treatments were (or what religion Florence Nightingale may have believed they were from) is not discussed. Speaking for my husband’s family only: His late grandma’s home remedies were low-effort, effective, and unscandalous.

This site uses Akismet to reduce spam. Learn how your comment data is processed.

I’m beyond excited and flattered to be a Panelist for the 2019 Cybils Awards. Early Readers and Chapter Books for the win! 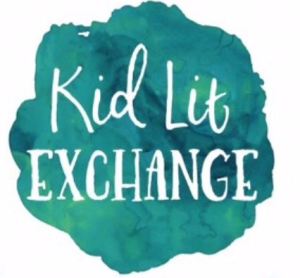 Kid Lit Exchange is my main supplier of review copies and Internet friends.